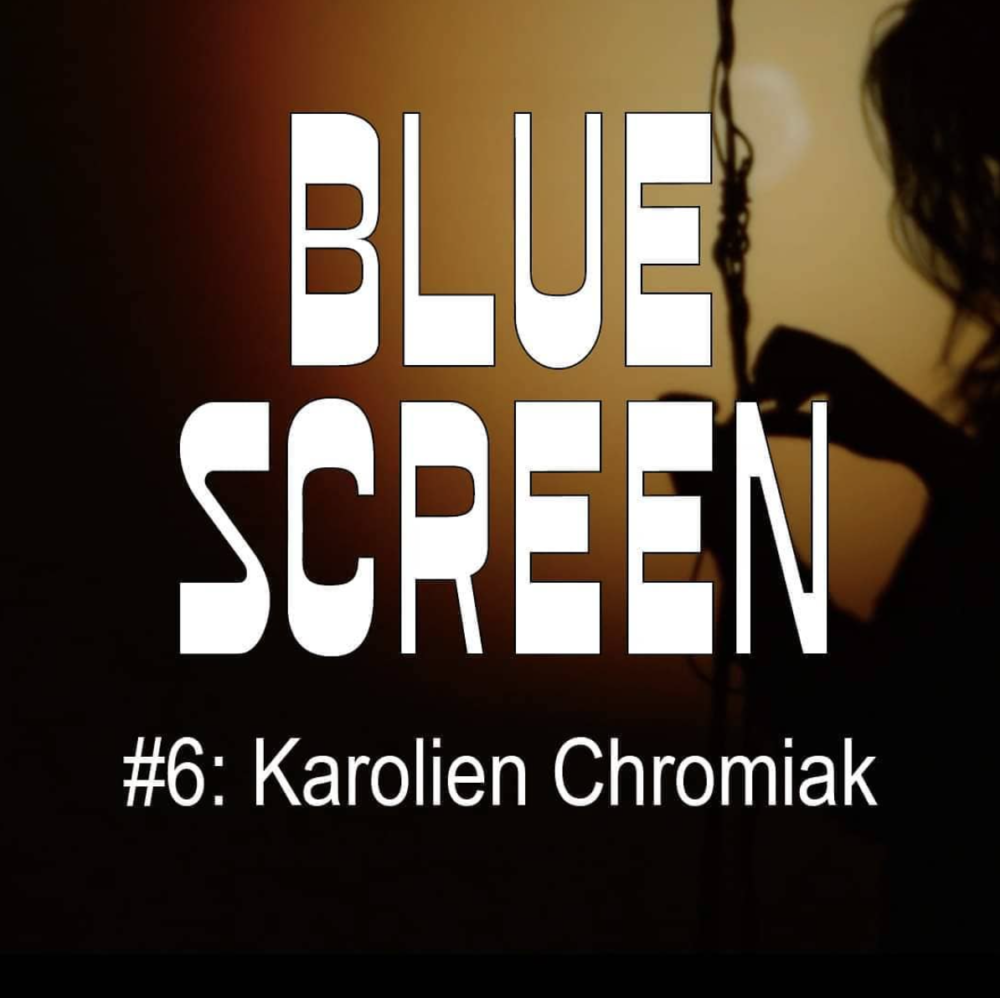 VOID & to glitch the home (to heal)

For the last edition of Blue Screen Online, in which we focussed on video works made by artists of Level Five, we will dive into the practice of Karolien Chromiak.

Karolien Chromiak is a Brussels based visual artist working at Level Five. She explores the connection between the digital and the natural. In her artistic research she implements the techniques of glitching and gathering in order to disrupt the hidden myths that shape our environment and to create spaces-in-between. Her multimedia practice often takes the form of mixed media installations in which natural objects and digital images form a strange, fictional environment.

Blue Screen is a monthly screening program focussing on film and video works by visual artists. The program is initiated by Chloé Malcotti and Emma van der Put and takes place at Level Five, a cooperative artist studio in the centre of Brussels. 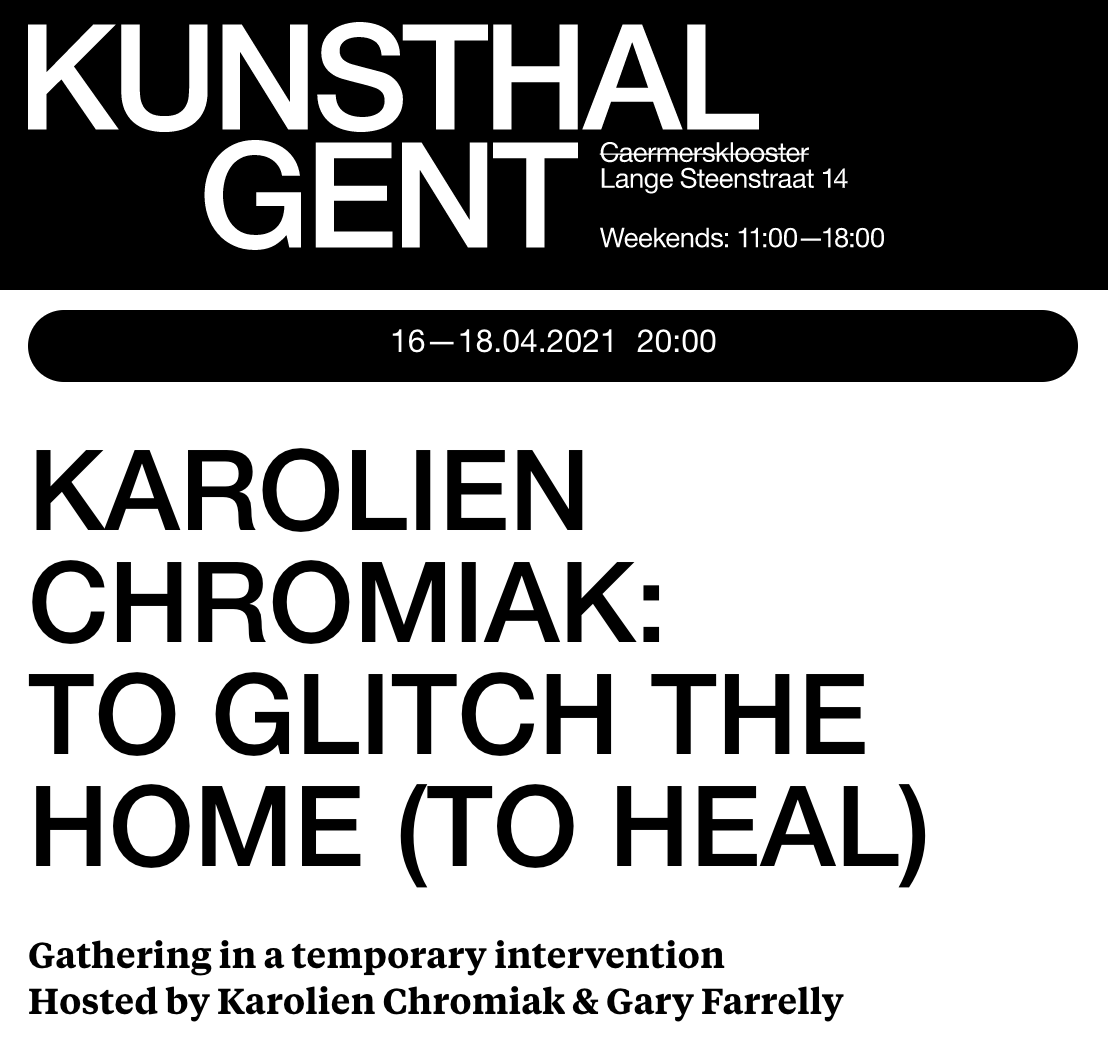 to glitch the home (to heal) @ Kunsthal Gent

Gathering in a temporary intervention

In German, the word “heim” is a part of the word “unheimlich”. In other words, you can’t speak about horror, without speaking about the home. When we look at the Dutch language we find the same linguistic ambiguity. The very first word that was used to refer to the home is “hol”. A hole in the ground was a place where our nomadic ancestors found shelter and hid themselves for danger. The word “hel” comes from this very same word, as it refers to a hidden world aka the underworld. Again this link between horror and the home. The word hol/hel, however, was in Old English written down as “heal”. It is precisely this what the project aims to do: to heal the home.

This project glitches the home and the position that it entails in a patriarchal late-capitalist landscape. Between the Western European witch hunts in the middle ages to Poland that currently completely banned abortion, there have been consistent attacks on our homes, the places where we find shelter. Why is it that for minority groups the concept of home is so traumatic? From the oppressiveness of social housing architecture, the position of privilege that organised nature in cities entails to the exclusion of queerness in the nuclear family, inequality is seen whenever we think of home.

During the event in Kunsthal, a temporary environment is created, a real-life shelter with a digital skin, in which Gary and Karolien will host an associative journey through the research of the project. 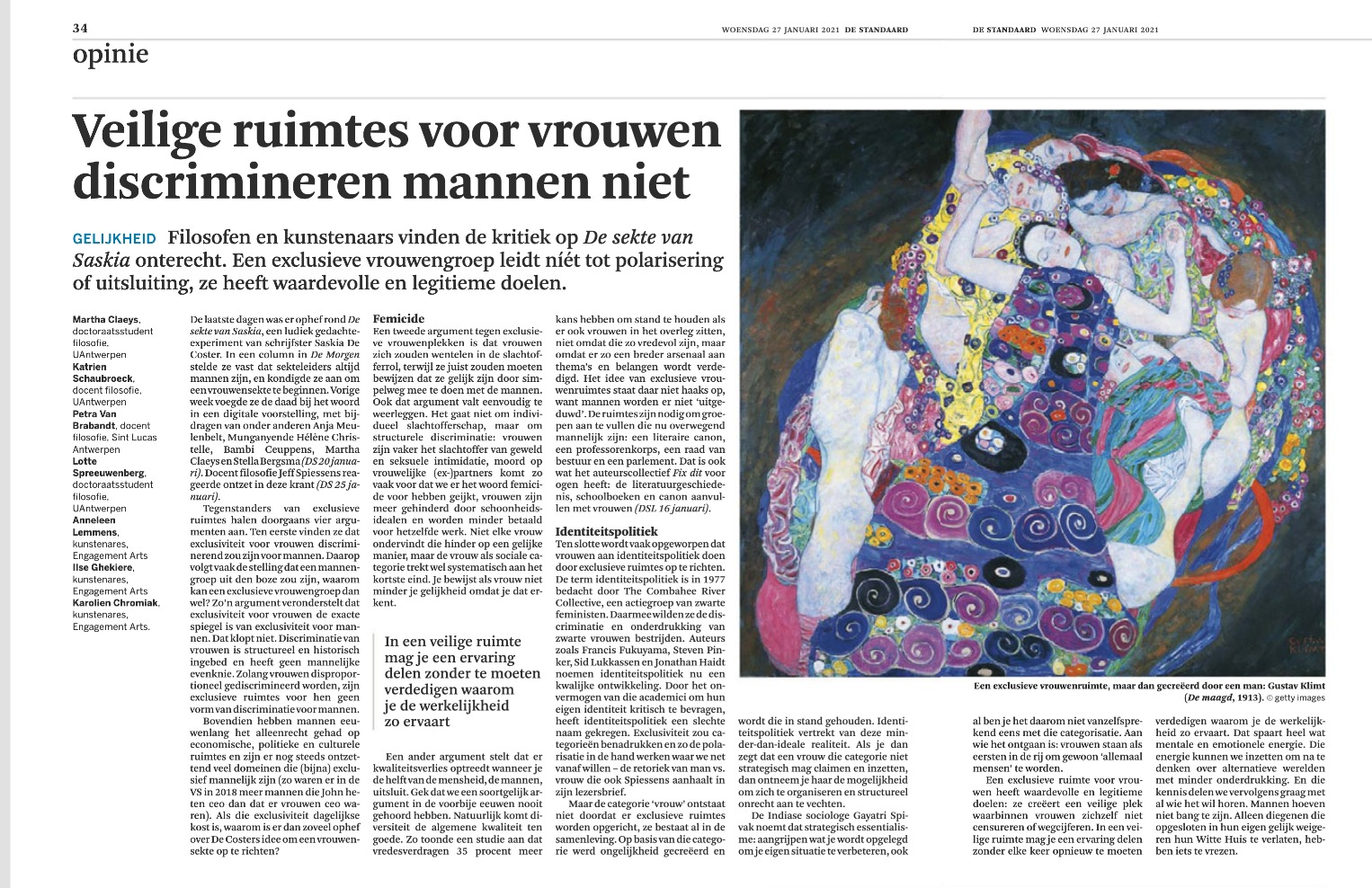 “The battle has not been fought until there is equality for all womxn. Also for trans women, fat women, black women, poor women, sick women, housewives, Muslim women, sex workers, lesbian women, women with disabilities, single mothers … For women who don’t break through the glass ceiling. (…) For all women whose bodies remind them daily that injustice is real.” 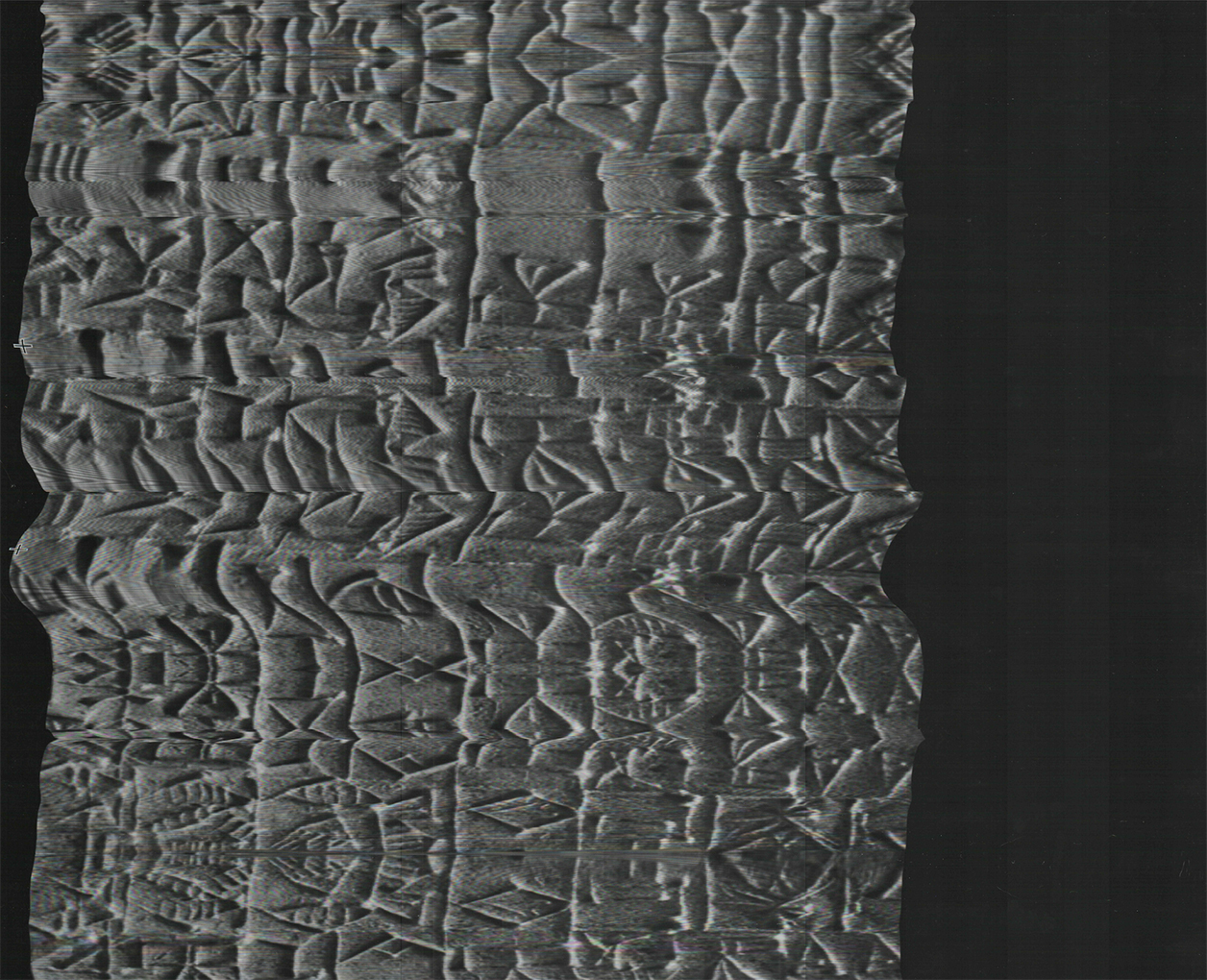 I was invited by Frederiek Weda (Galerie Bernau (DE)) to take part in the “Sub Rosa” series. I’m presenting the research of my new project-in-progress, “to glitch the home (to heal)”. The intervention will take the form of an Instagram takeover, 11 – 15 January 2021. I’m also showing the first moving images of the project in the vitrine of the gallery space. Feel free to follow the intervention, on- and/or offline!

Under the term “Sub Rosa” (“under four eyes”), interventions by artists take place parallel to Galerie Bernaus exhibition program “The Art of Peace“. “Sub Rosa” presents works that are in the process of being created and offers a moment of attention in the public sphere. The works deals with trust, intimacy and self-doubt. The interventions move in the public space, outside the exhibition space in the institutional periphery: in the courtyard, on the website, on Instagram & Facebook or the gallery’s newsletter. 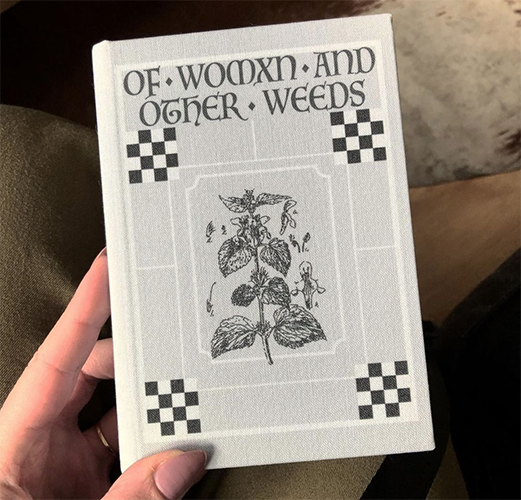 of womxn and other weeds

I was invited by Liza Prins and Layla Durrani to write a text on glitching, gathering and healing for their amazing publication “Of womxn and other weeds”. You can order this magical piece from February on, or visit Art Rotterdam (NL) where the official presentation will take place. 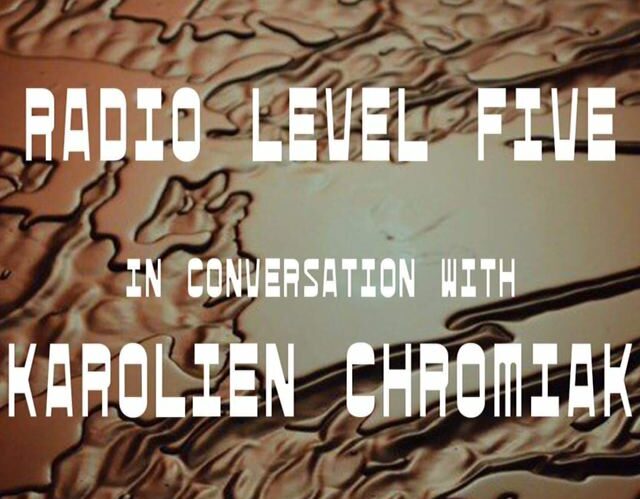 In Karolien Chromiak‘s work, the layering of (so-called) artificial and natural elements and media are joined to create something new yet familiar, the meaning and sensation of which is one focus in the current interview. Lately, this way of working added up to a spatial installation involving all senses. From there our talk moves on to touch notions of landscape, capitalism, witch circles, digital glitching, and finally: home.

You can listen to the conversation here. 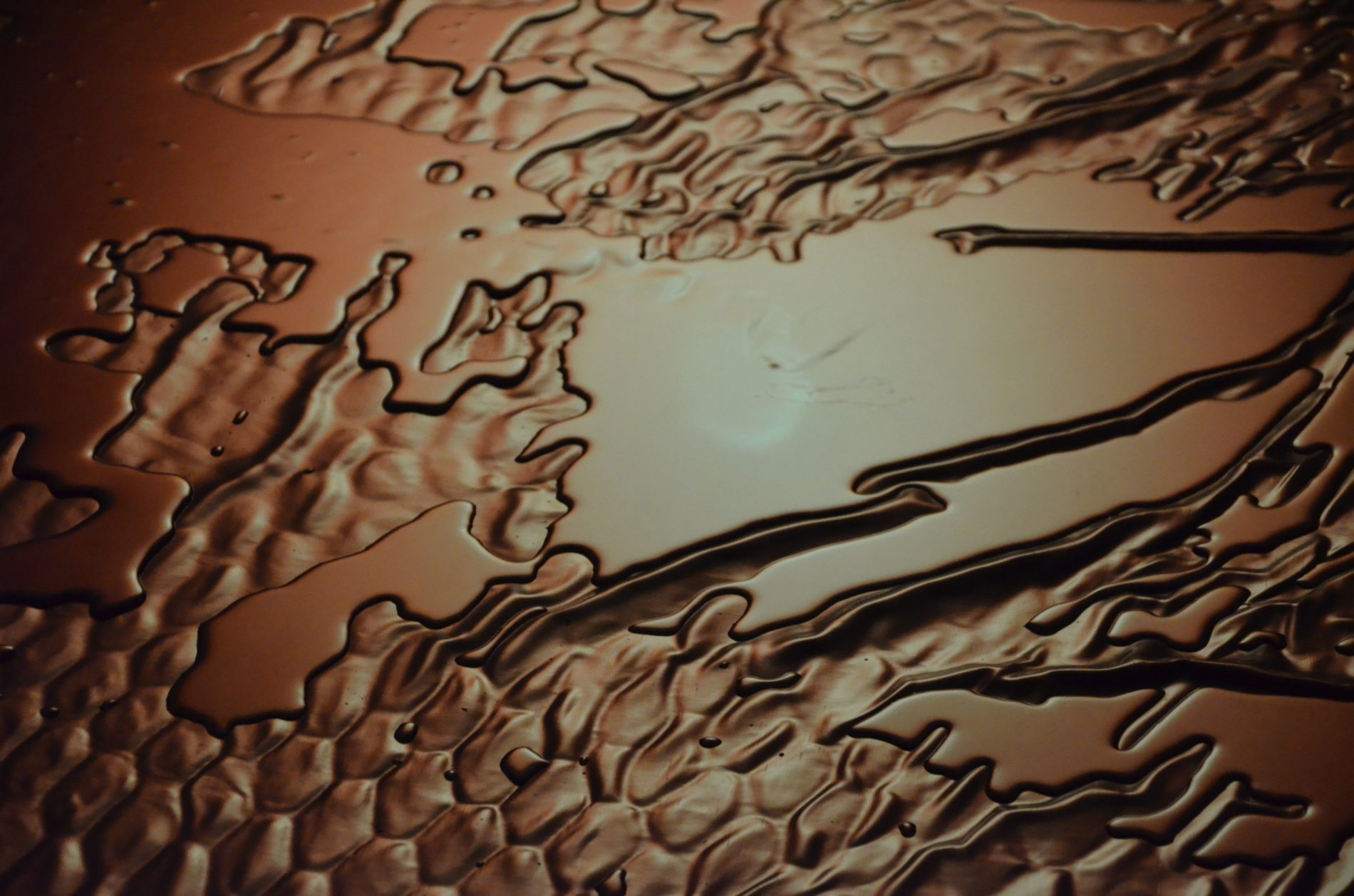 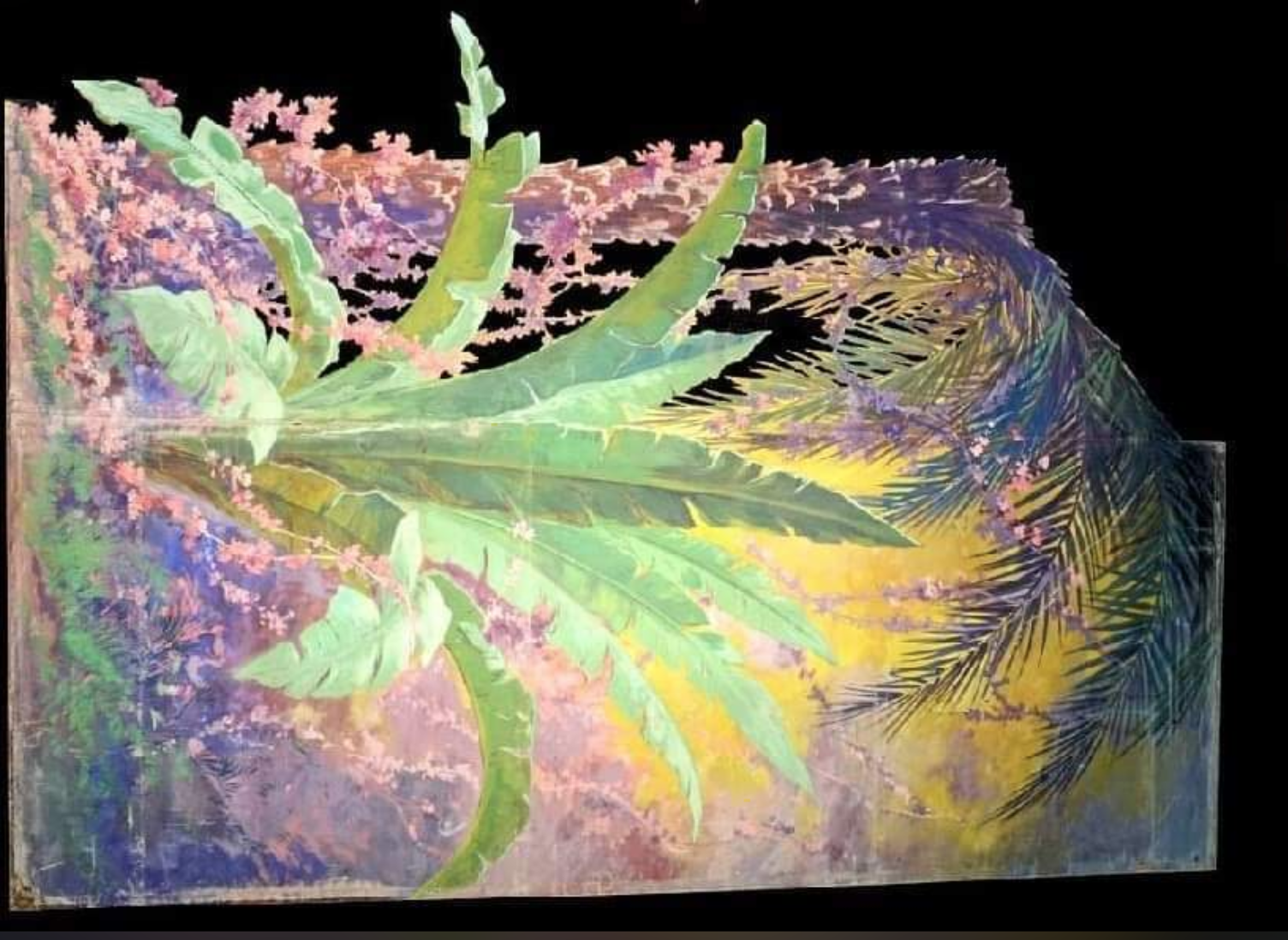 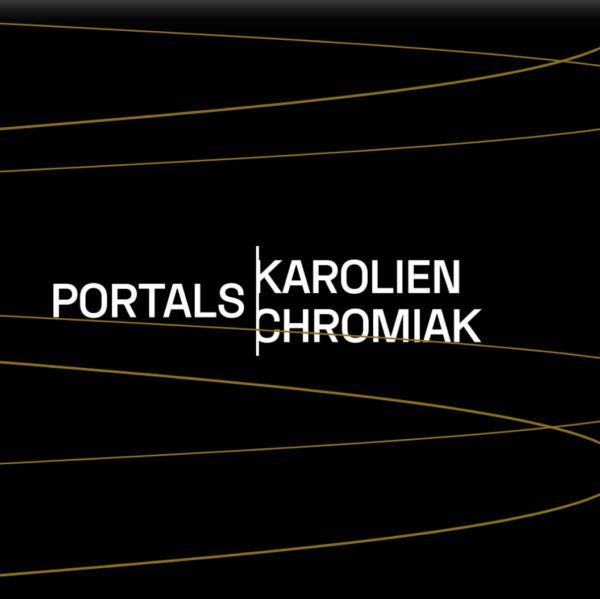 The research project VOID, initiated by me and curated by Roman Zheleznyak (mentalspace) was  delayed to autumn due to Covid-19. In the meantime, Sarah Johanna Teurer gave us the opportunity to talk about the project on Cashmere radio.

In this show we discuss atmospheric materials, disenchantment and glitches. The result is a uniquely strange interaction between me and Roman intertwined with spoken words samples and ambient music. From the unheard voices to magic, back to raving and the concept of an exhibition.

You can listen to the show here. 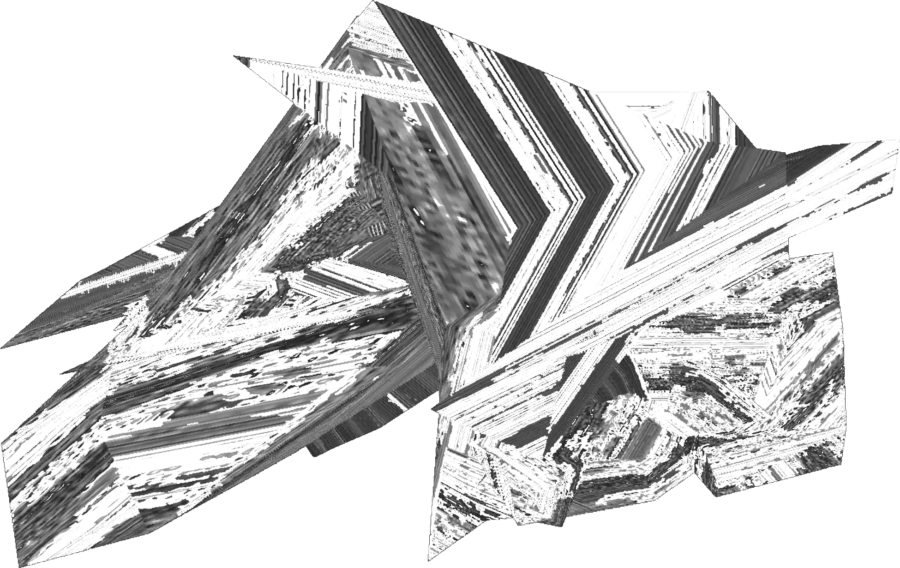 qp|| will be streamed in the Youtube artspace during A Fair New World, an event hosted by SOTA, Kunstenpunt & Het Theaterfestival. Within this trajectory is investigated how the new reality can be designed in a fair and inclusive way. 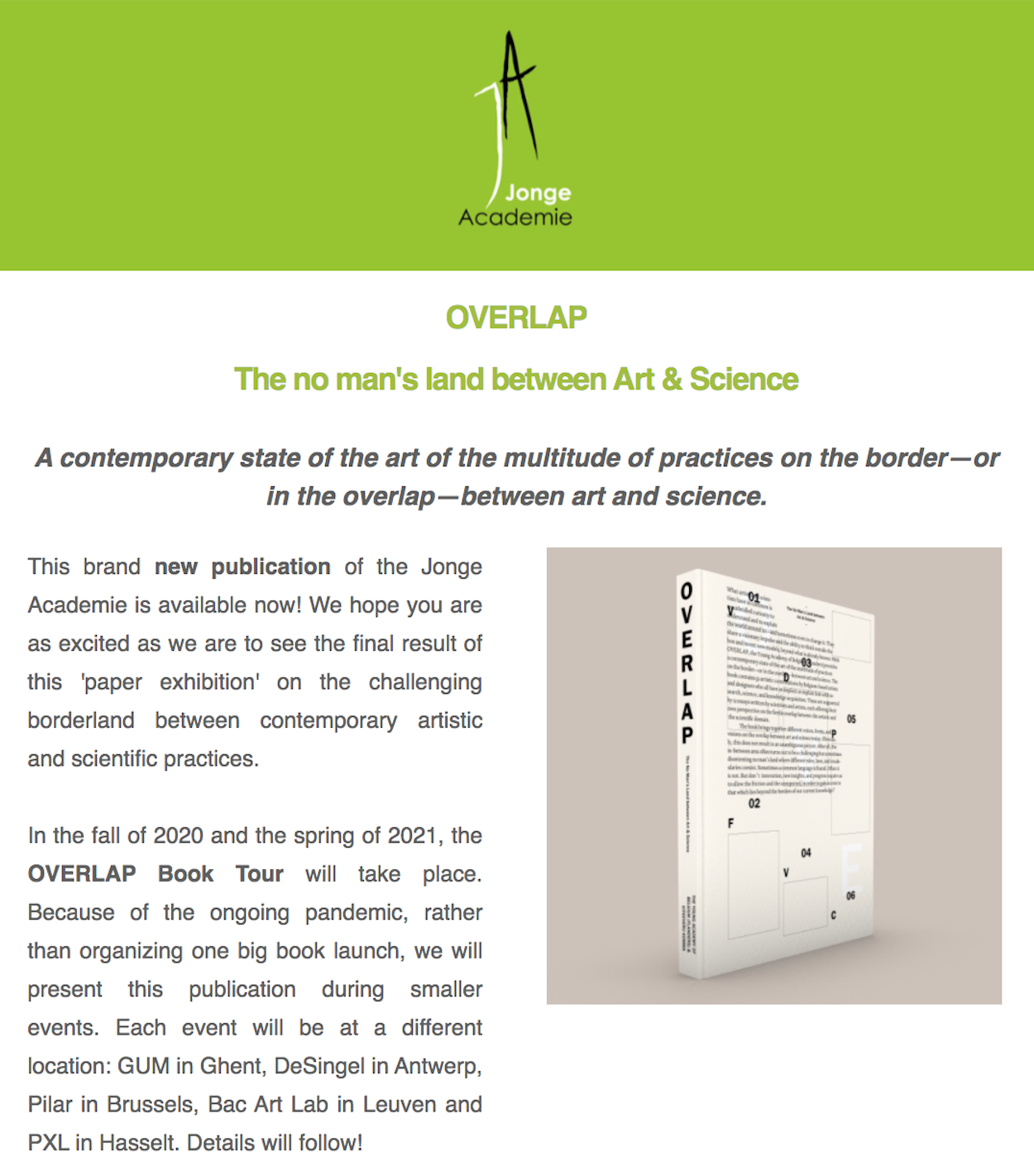 OVERLAP wishes to explore the field between art and science. Artists and scientists share an unbridled curiosity to understand, explain and even change the world around us.

The Young Academy searched for connections, synergies, and conflicts between contemporary artistic and scientific practices. The exploration of this borderland – the overlap – between science and art resulted in a ‘paper exhibition’ with 52 artistic contributions and 12 essays, matching the rhythm of a calendar year.

Each contribution offers a unique perspective in a dialogue that does not result in an unambiguous picture. This in-between area is a challenging no man’s land where different rules and vocabularies coexist. This friction can be inspiring and allow for the unexpected. Can this be the key to gain access to that which lies beyond the borders of our current knowledge? 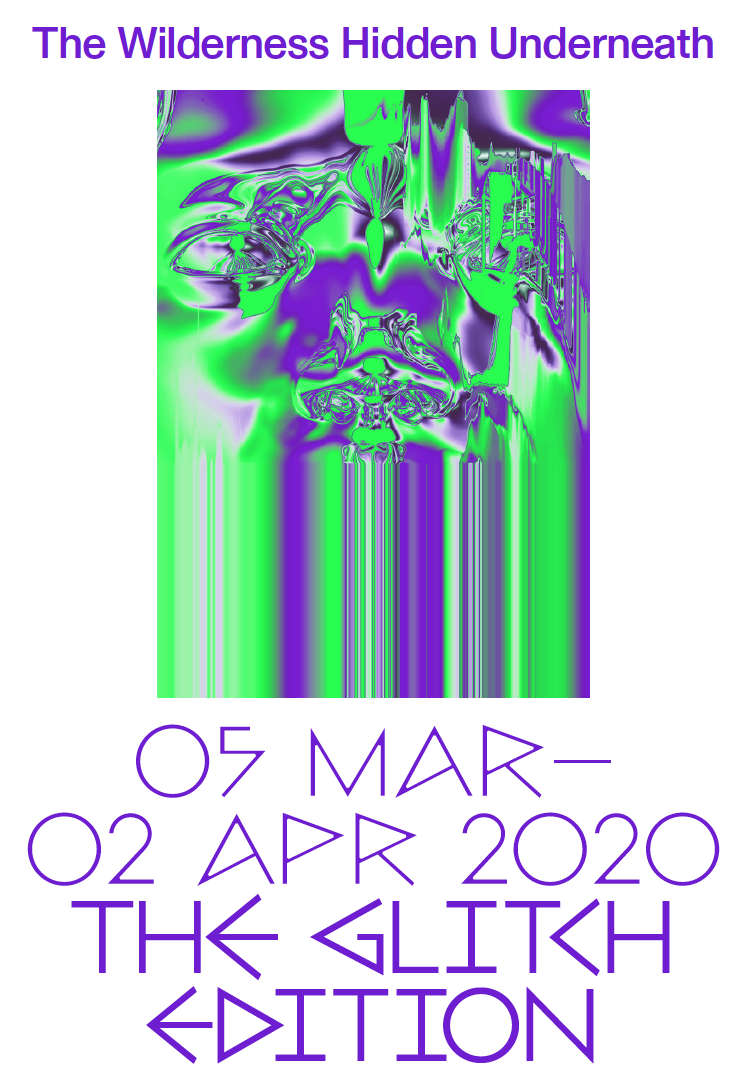 The wilderness hidden underneath

The poetry of the error, the aesthetic of the mistake, the battered translation from the analogue to the digital and vice versa. The moment when a system derails and strays from its particular path. ‘The wilderness hidden underneath’ shows the work of visual artists who investigate, manipulate and purify these crashes, bugs, errors, feedback and noise. 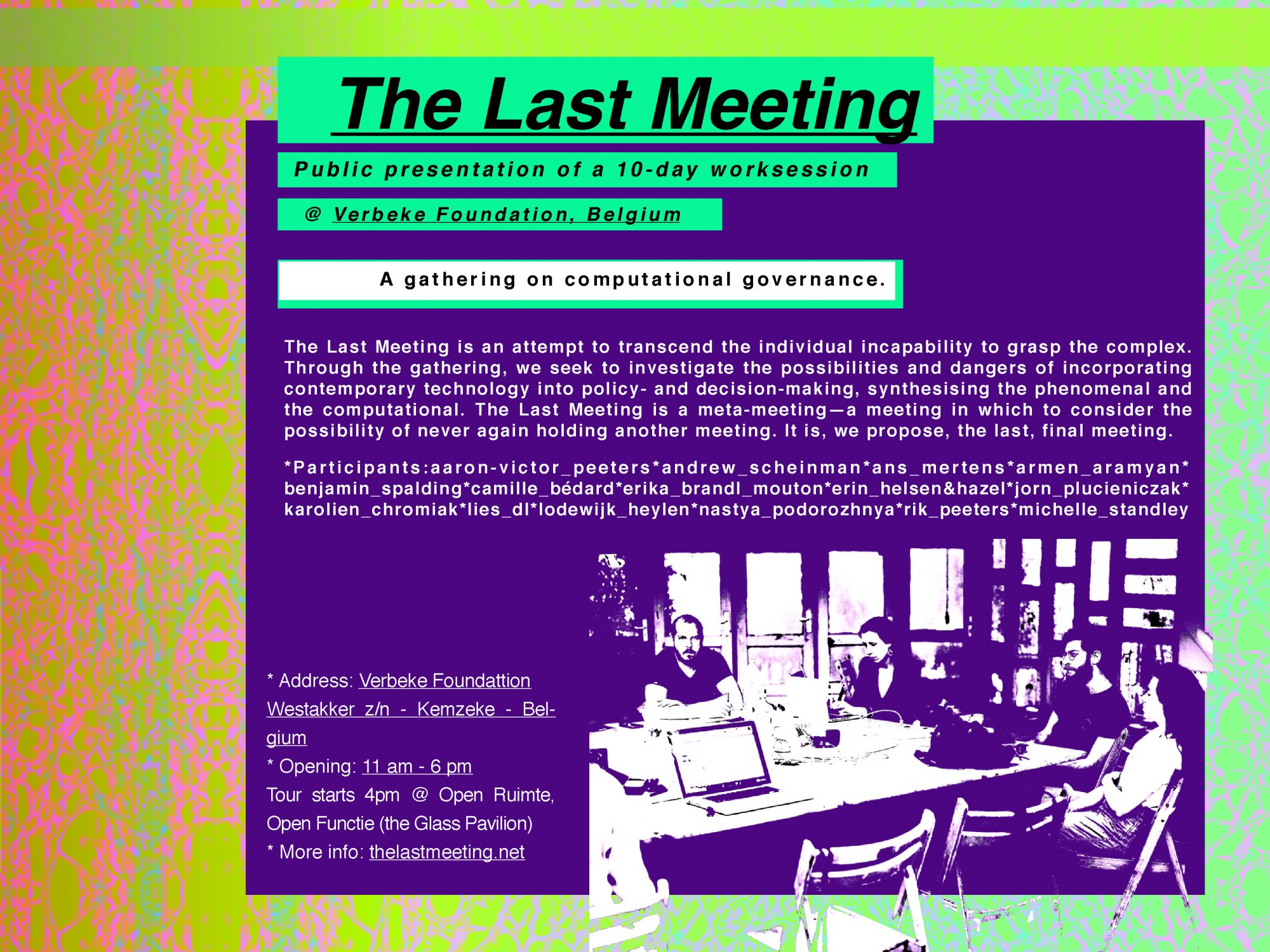 A gathering on computational governance.

The gathering is an intense 10 day think tank, where theoretical discussions are interlaced with practical assignments. Our focus is on reflection, process and collaboration. The end-goal is an exhibition and a publication.

We organize the Belgian avant-premiere of the short film ‘+6 Gain’ followed by a rave in the basements of the old mining building building in Waterschei, Genk. 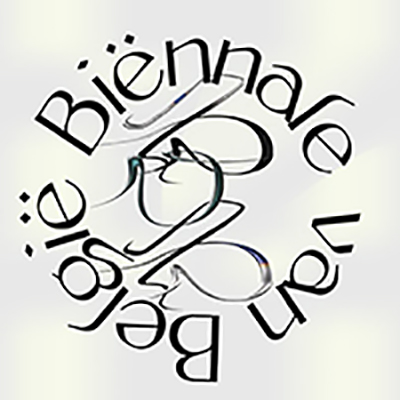 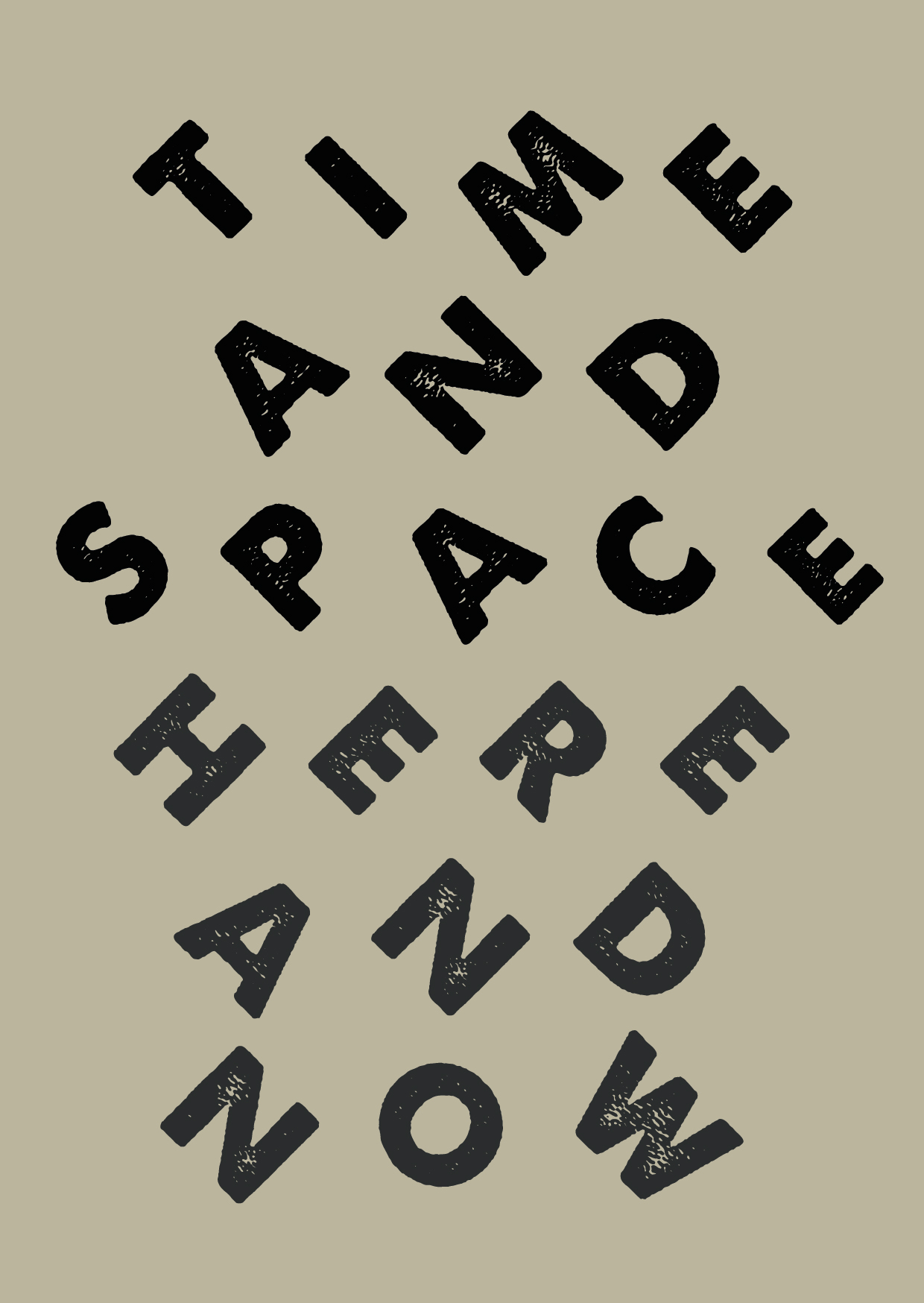 Antwerp Art Weekend: Thursday 16 May to Sunday 19 May

Performances CMMC: 1st of May and Friday 17 may (Antwerp Art Weekend) 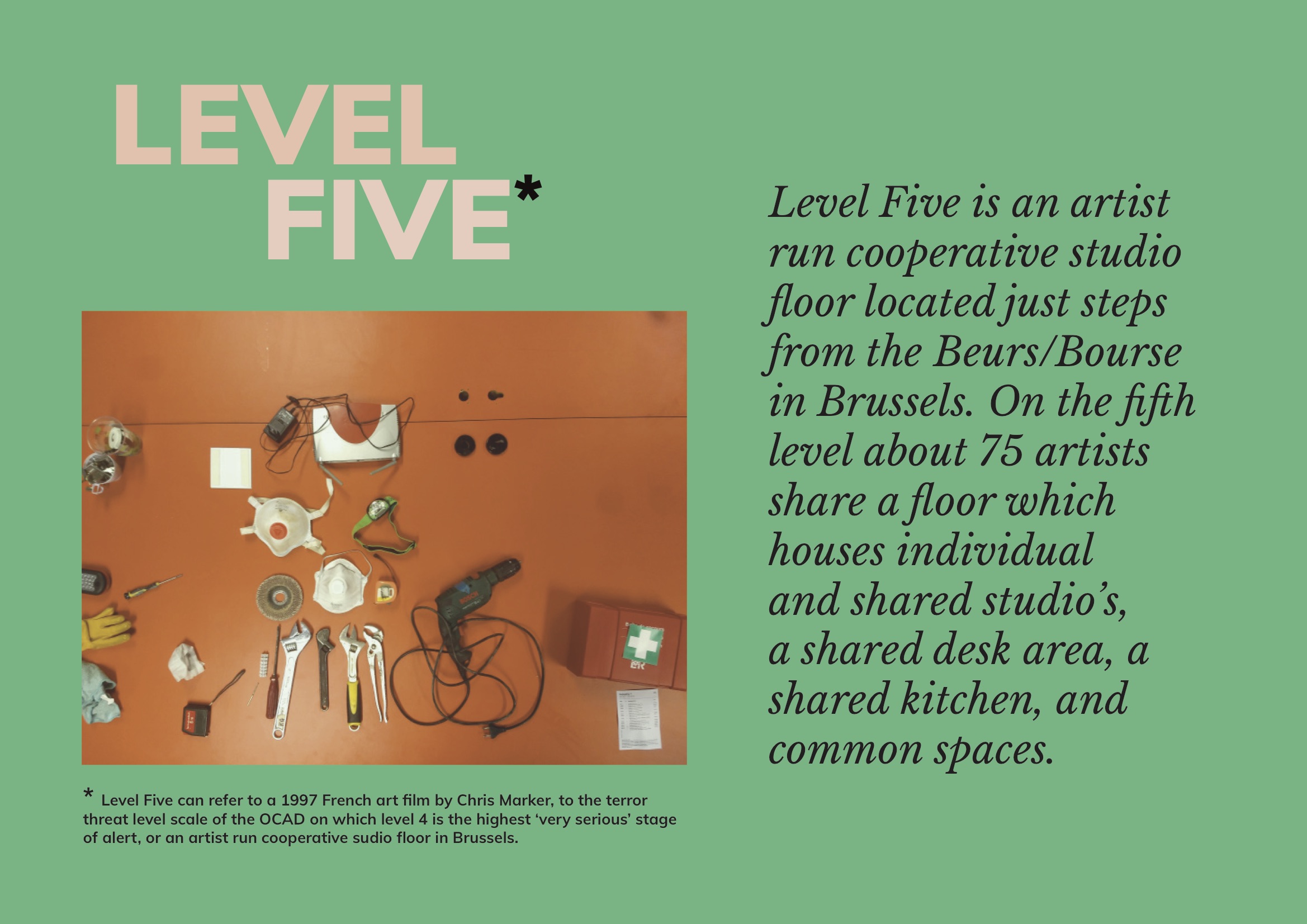 Level Five is an artist run cooperative studio floor located just steps from the Beurs/Bourse in Brussels. On the fifth level about 75 artists share a floor which houses individual and shared studio’s, a shared desk area, a shared kitchen, and common spaces.