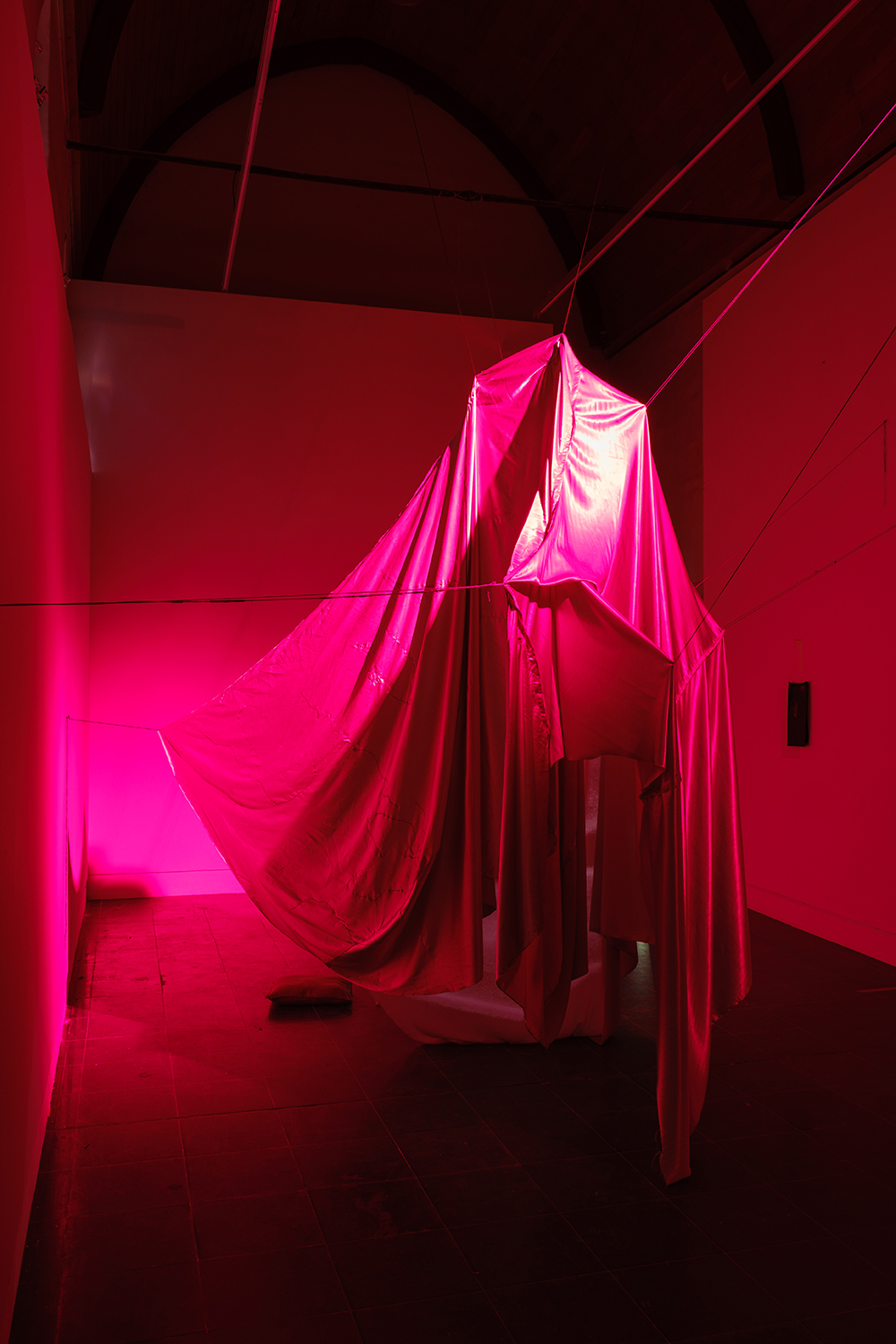 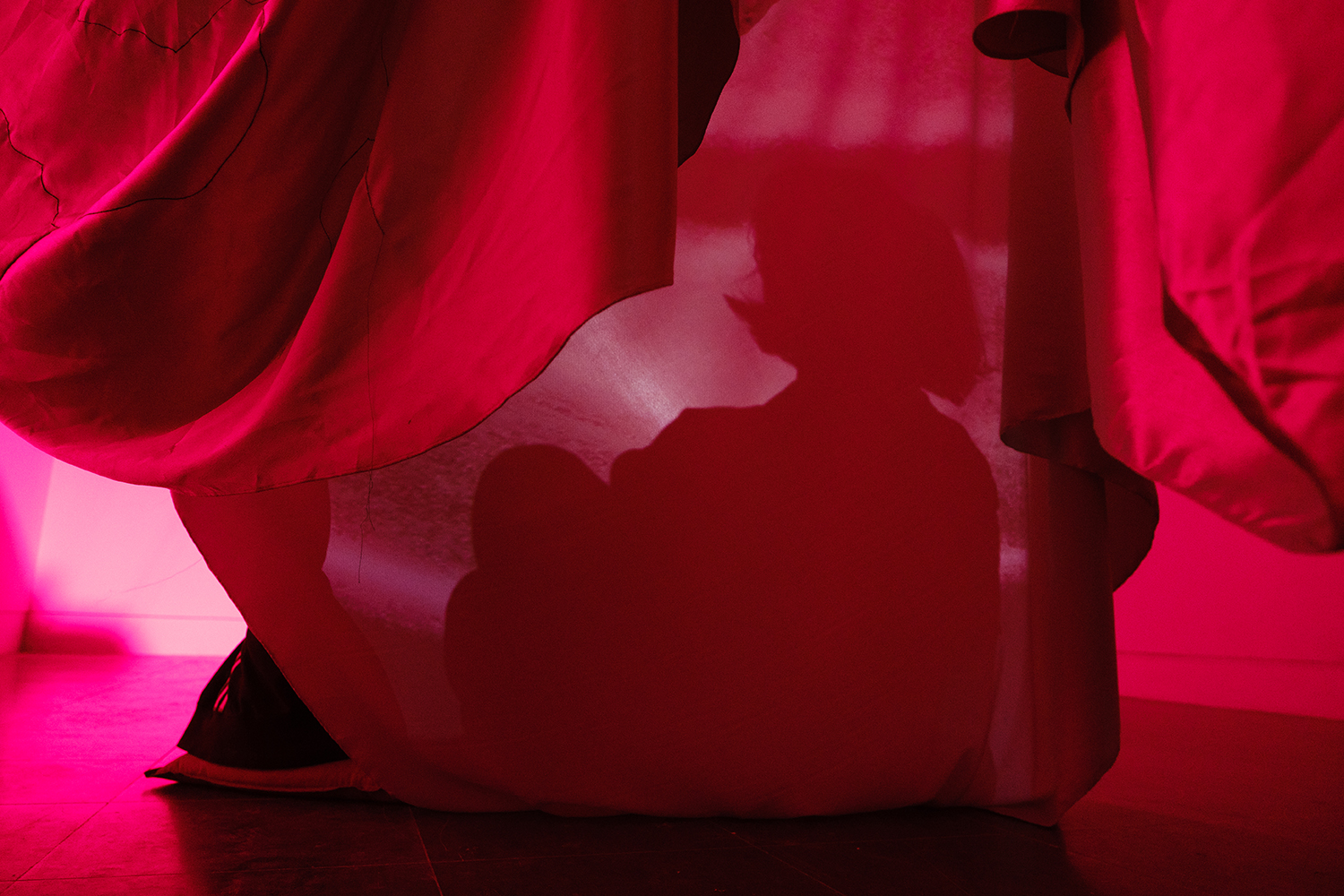 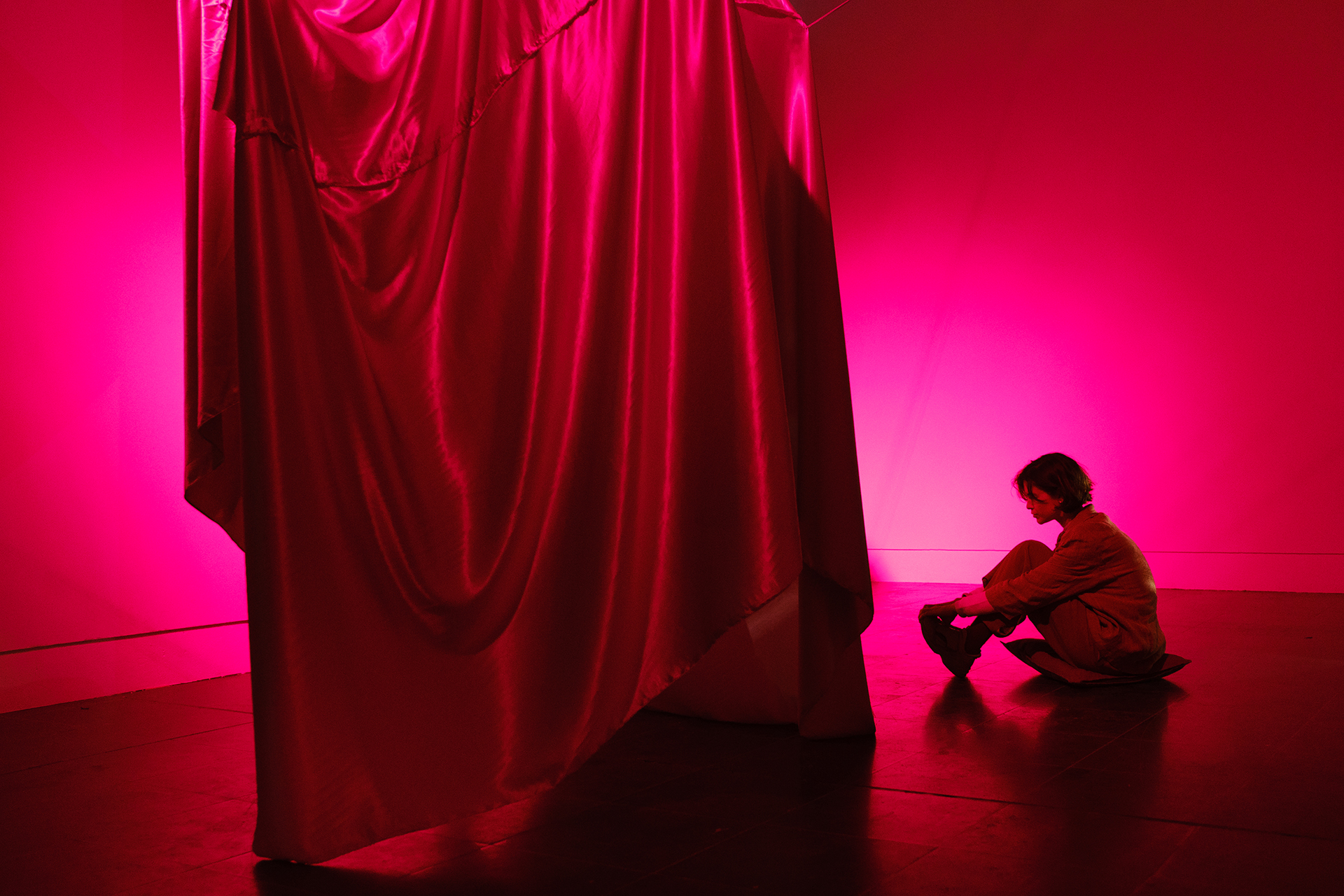 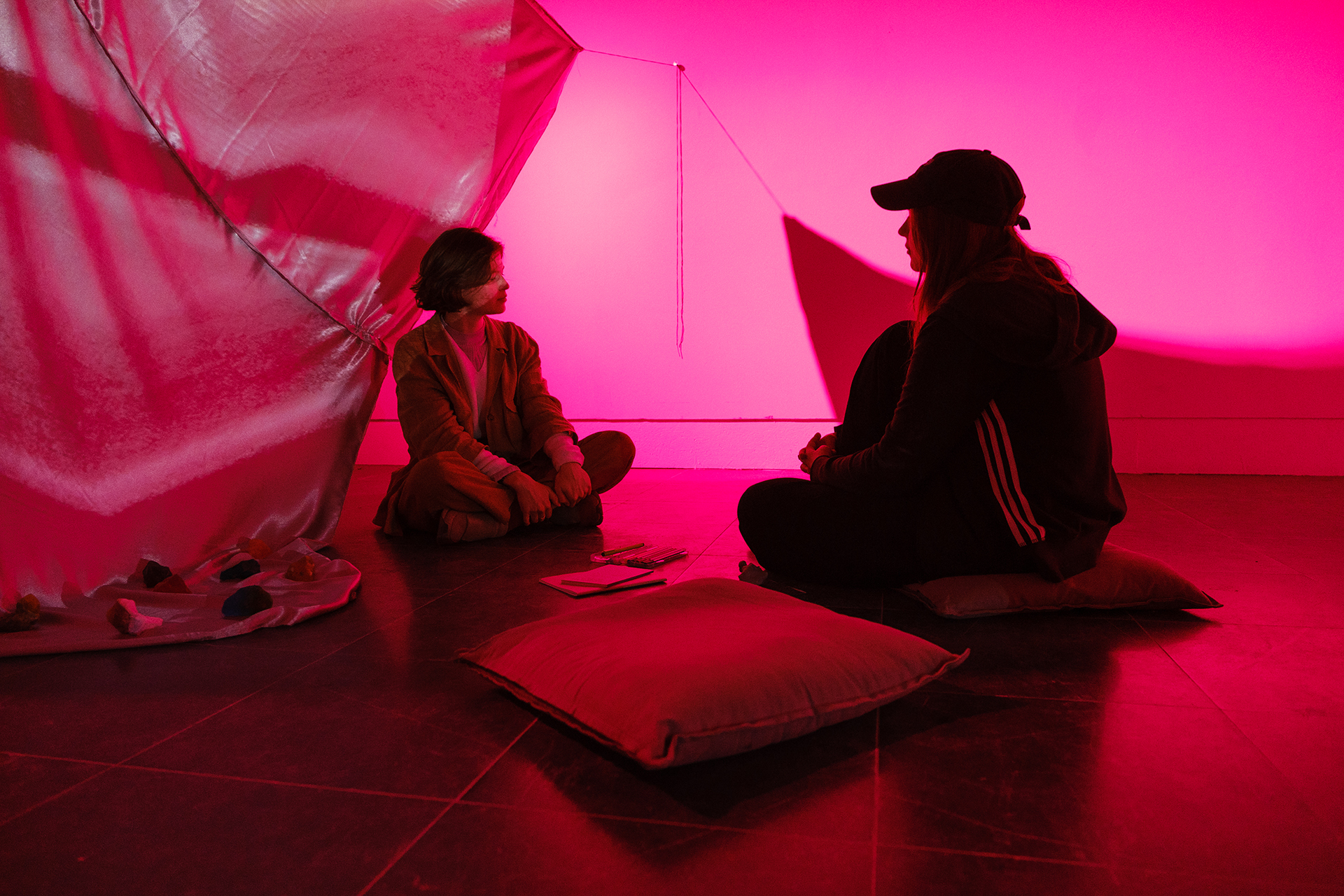 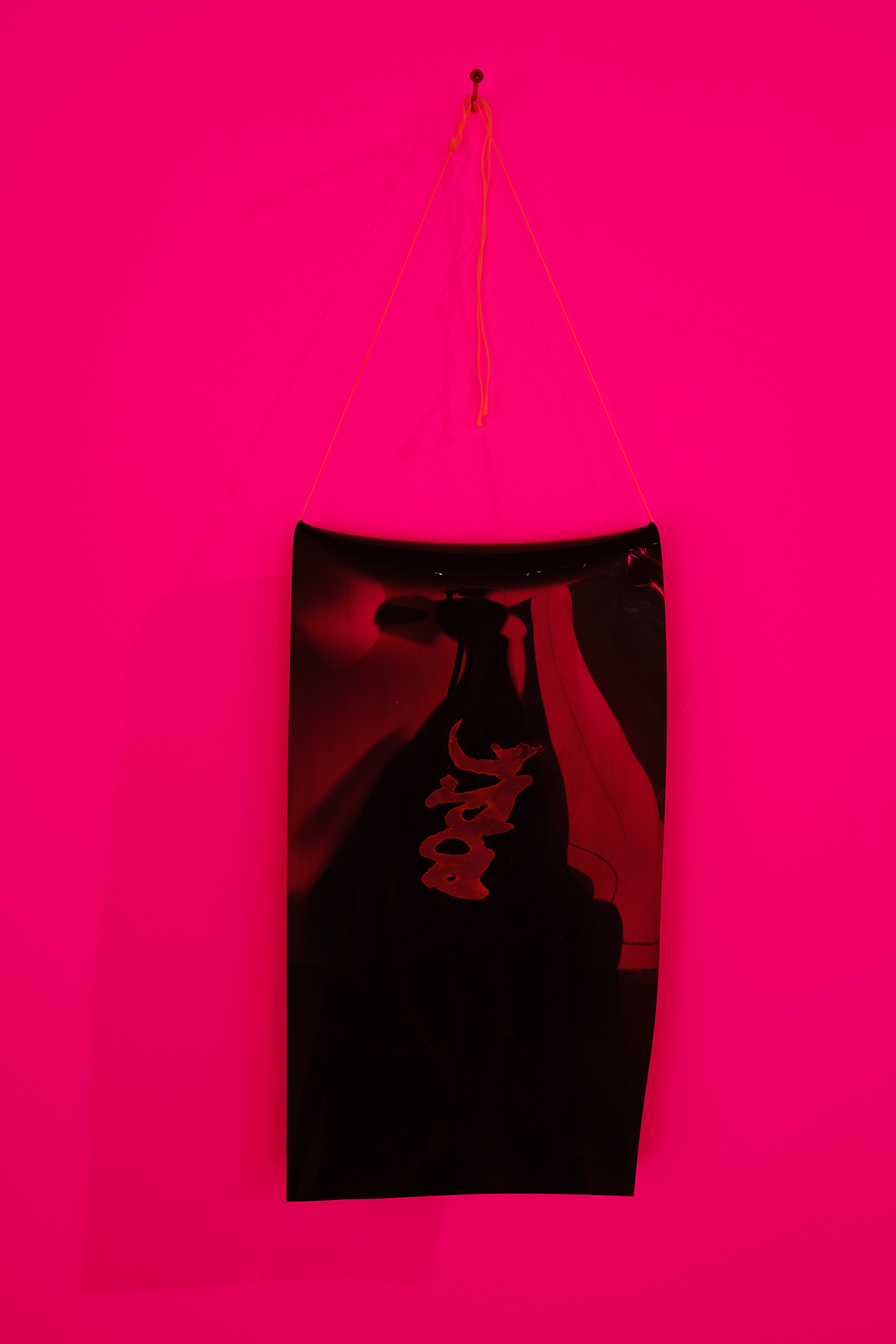 to glitch the home (to heal)

In German, the word “heim” is a part of the word “unheimlich”. In other words, you can’t speak about horror, without speaking about the home. When we look at the Dutch language we find the same linguistic ambiguity. The very first word that was used to refer to the home is “hol”. A hole in the ground was a place where our nomadic ancestors could find shelter and hide themselves from danger. The word “hel” comes from this very same word, as it refers to a hidden world, the underworld. Again this link between horror and the home. The word hol/hel, however, was in Old English written down as “heal”.

The project glitches the home and the position that it entails in a patriarchal late-capitalist landscape. Between the Western European witch hunts in the middle ages to Poland that currently completely banned abortion, there have been consistent attacks on our homes, the places where we find shelter. Why is it that for minority groups the concept of home is so traumatic? From the oppressiveness of social housing architecture, the position of privilege that organised nature in cities entails to the exclusion of queerness in the nuclear family, inequality is seen whenever we think of home.

“To Glitch The Home (to heal)” has had / will have  public moments in Galerie Bernau (DE), Kunsthal Gent (BE), Blue Screen @ Level Five (BE), NONSTOP performance festival @ Recyclart (BE).

The final installation will be shown at Generation Brussels (BE) during the Brussels Gallery Weekend 2021.

During the gathering in Kunsthal a temporary shelter was build – a real-life shelter with a digital skin – in which me and Gary Farrelly hosted an associative journey through the research of the project. This audiovisual presentation contains poems, stories and performances.

During the three days of the event, guests were invited for talks within the shelter. These talks on glitching, on the female body, on sticks and stones and on home are weaved into the final installation.