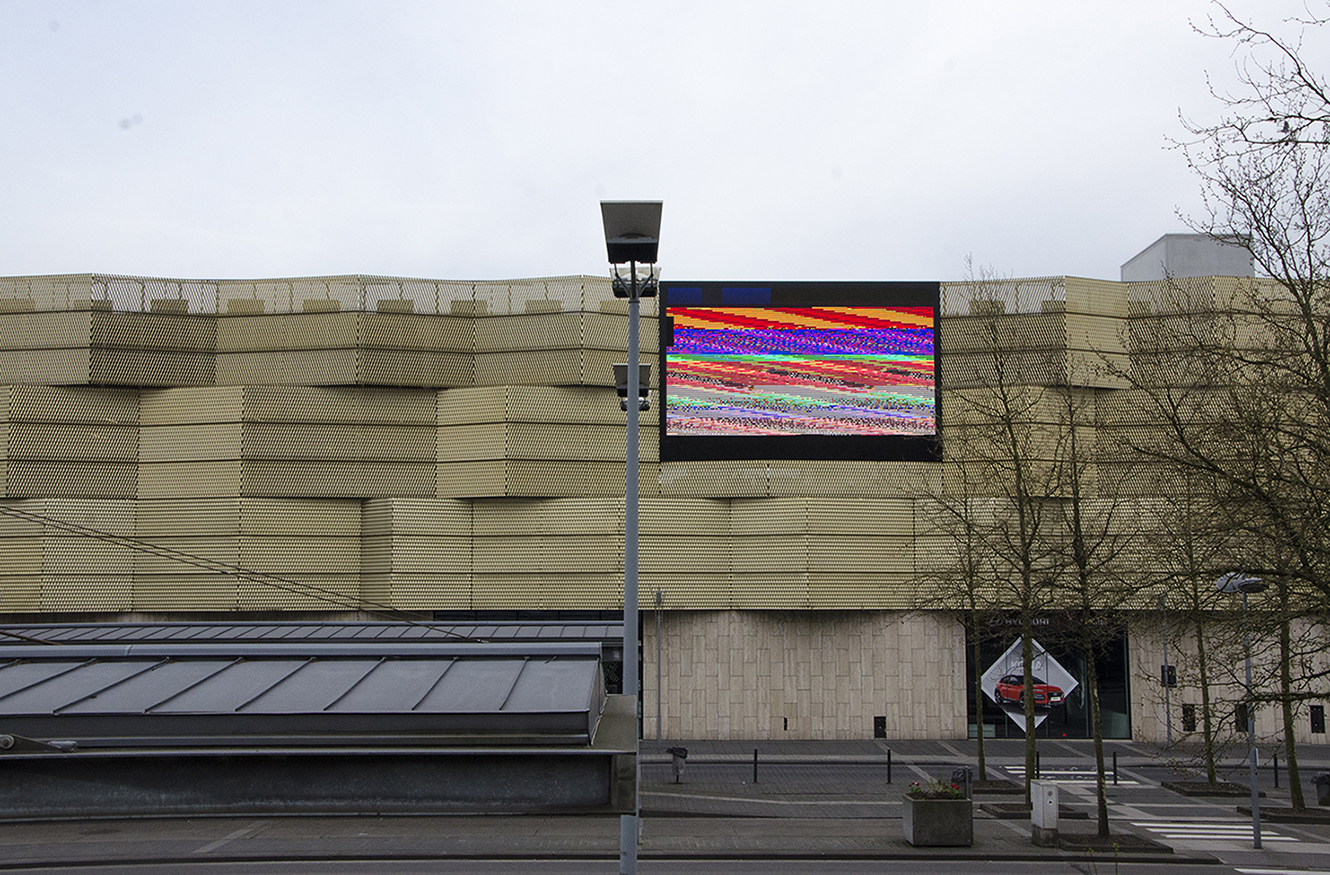 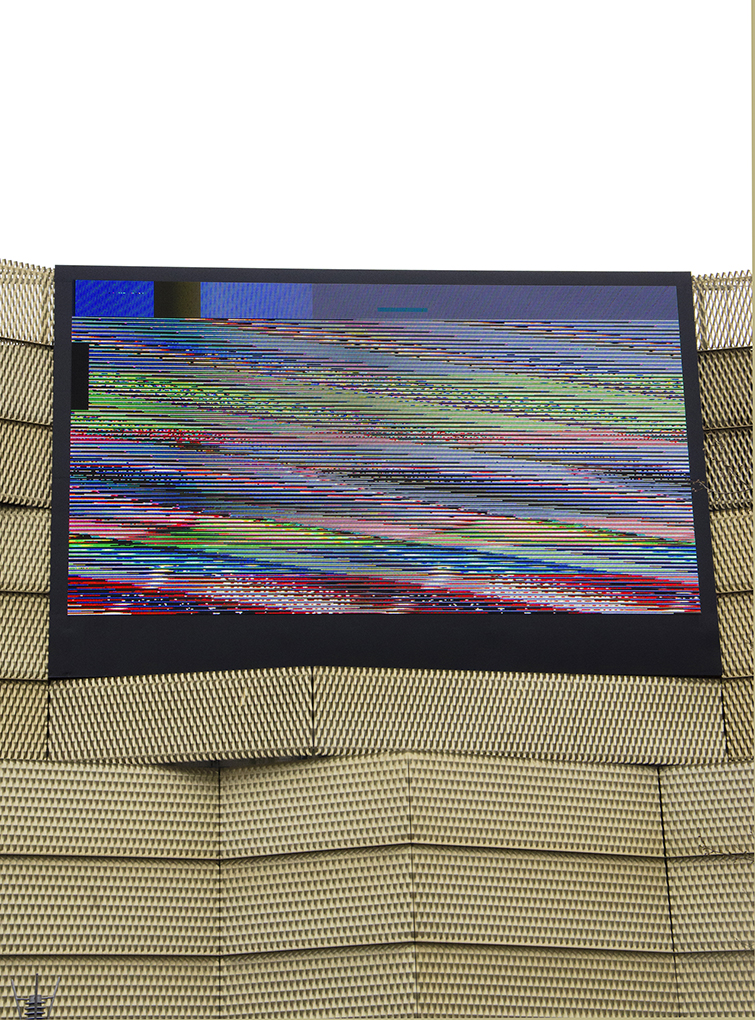 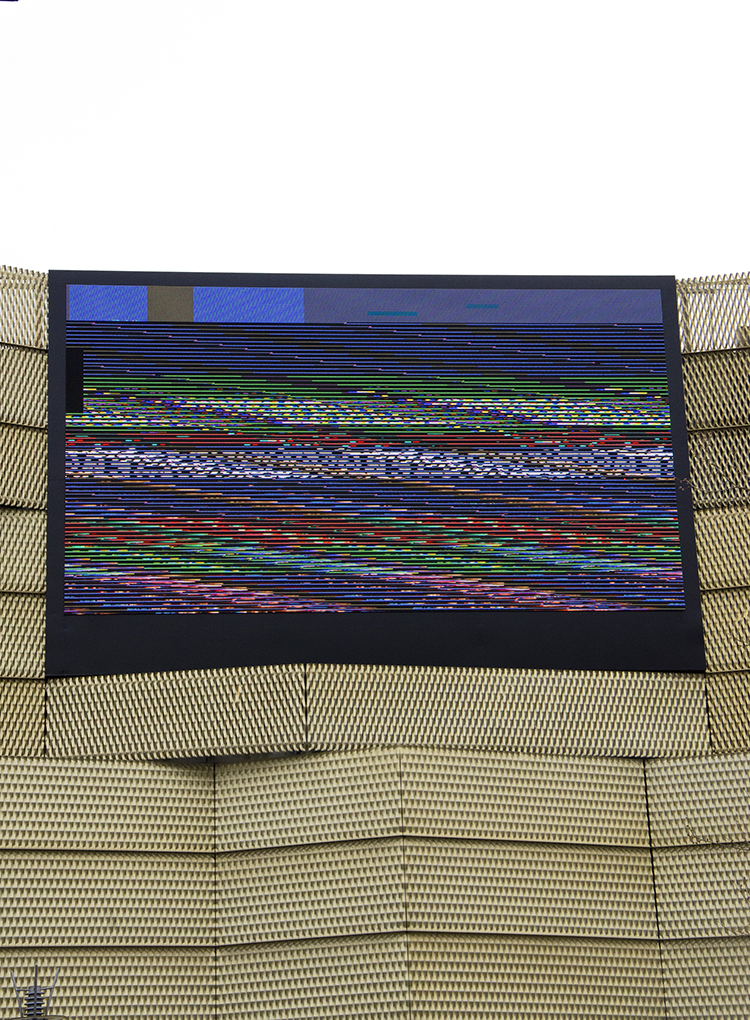 Possibilty 1_ A series of glitch images is shown on a large LED screen which is normally used for advertising. e sudden, unusual temporary malfunction might be mistaken by the passers-by as a fault of equipment as they wonder when the screen will be xed.

Possibility 2_A series of glitch images is found on a large LED screen which is normally used for advertising. e sudden, unusual temporary malfunction was noticed by an artist an appropriated as a self-made piece of art.

By stepping outside of the known exhibition space a low threshold dialogue is set in action. The glitched images start to interfere with their surrounding: the over the top, gold tiling of the shopping mall – which has lost the allure it had in its prime years – and the grey, monotonous architecture of the post-industrial city. By adding the contemporary digital images, the eclectic urban mixture is completed.

In this work the position of authenticity and copyright in a digital age is put into question. After all, what’s the difference between databending images by using personalised tools or by finding glitched images in public space? Both are acts of serendipity, and both are created by computers instead of being mastered by a trained hand.