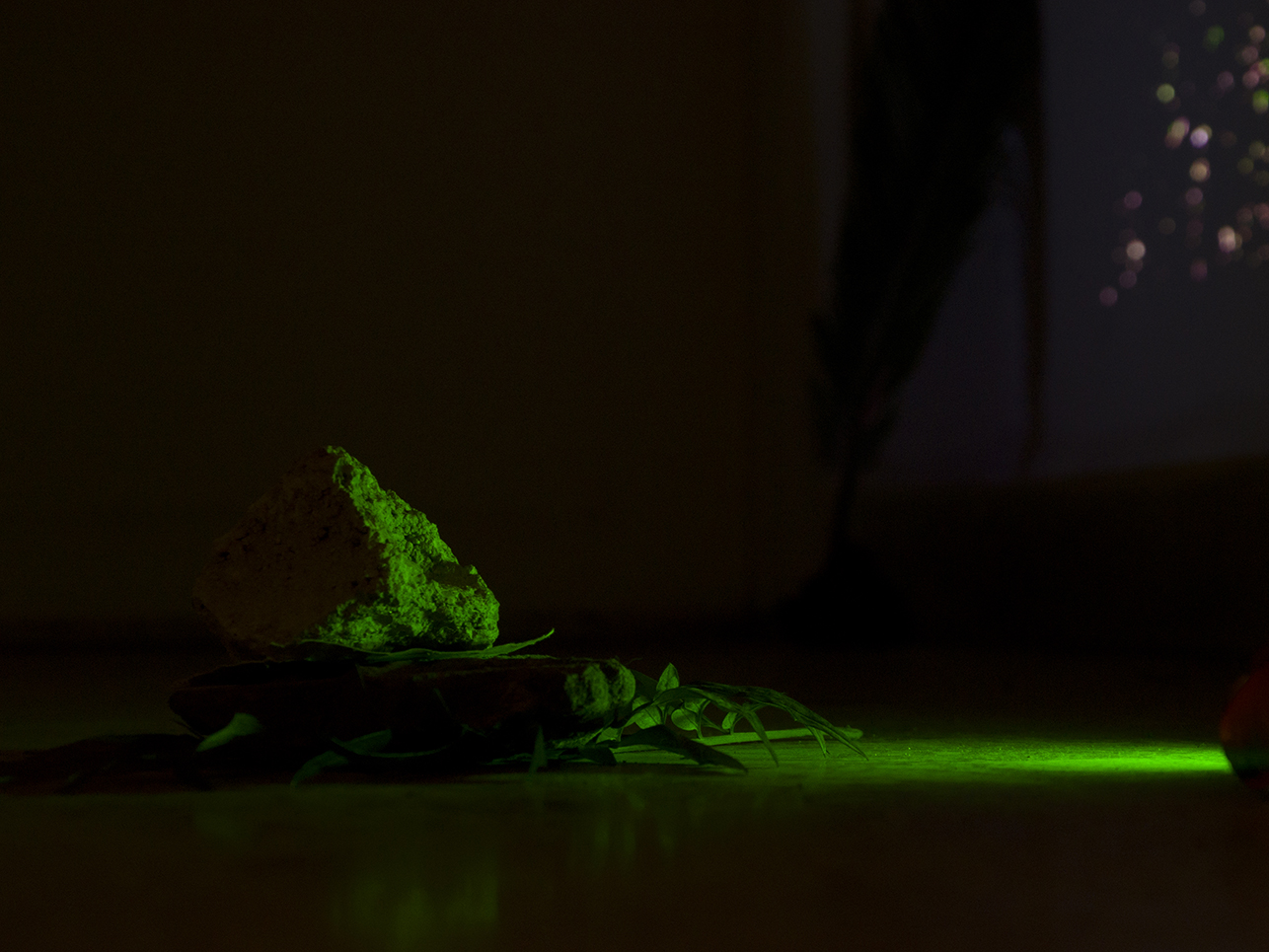 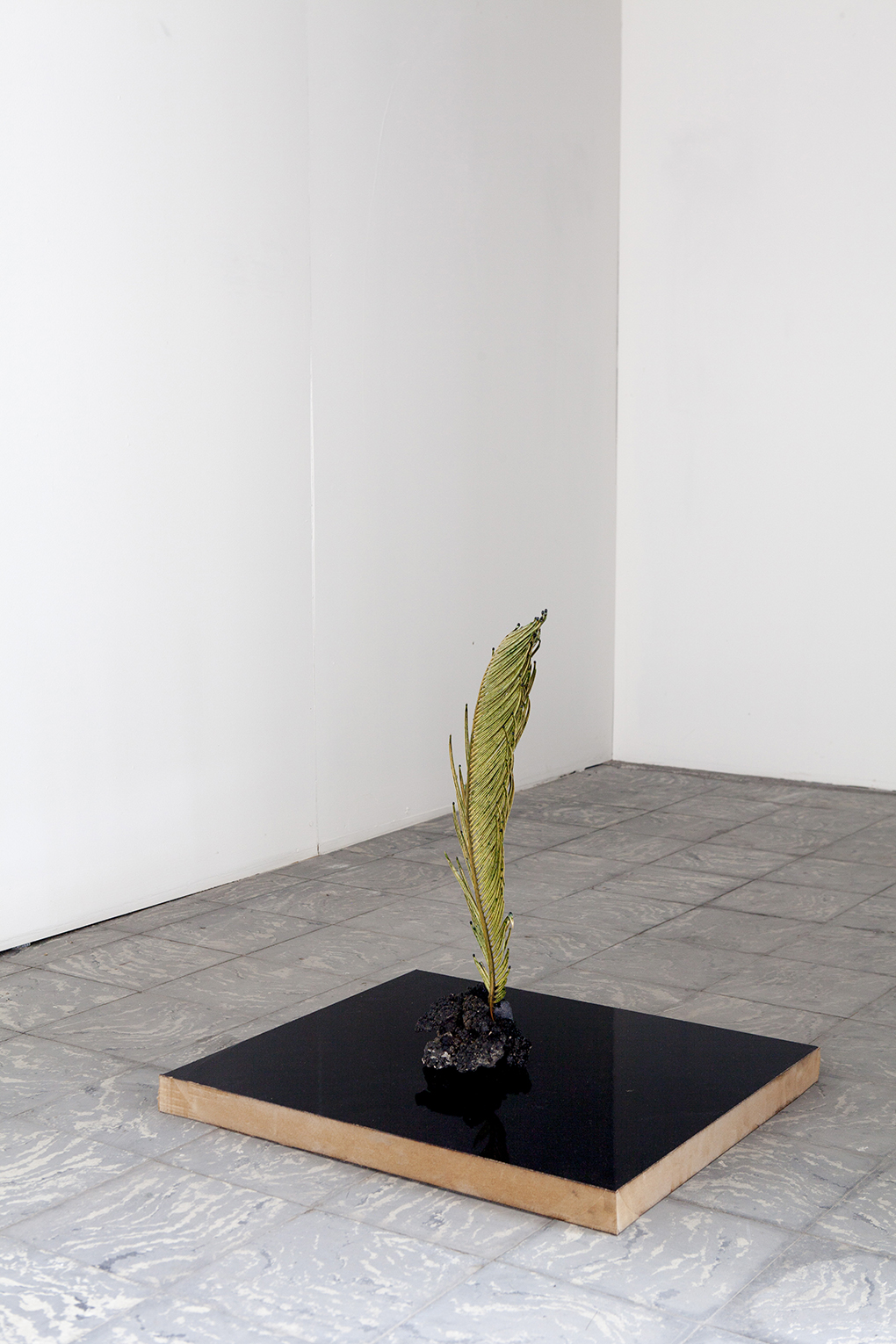 This piece was made at the end of a weeklong stay in Beiroet which ended with an exhibition at Villa Flemming. Wanting to translate my expressions of the city, I’ve collected different materials and objects during my walks.

The two things that striked me the most, were both light-related. One was the city view at night. Because of the social and economic inequality, the Armenian district wasn’t provided with a power network or running water. The generators which the inhabitants use for providing electricity broke down a lot, resulting in a flickering view of the mountain side. Having seen this, I went to the Armenian district and sought for reflective materials which I could use for recreating the view.

The other setting that captured my attention, was the city center at a rainy, but hot, Saturday night.
Light advertisements and neon signs reflected into the wet asphalt and the palm trees. It was very chaotic, harsh, lively and energetic.

For the rest of the week, I’ve searched for pieces of asphalt, shot down pieces of concrete, broken street tiles and palm leafs. Back in Belgium I made fake asphalt to blend with the real, Libanese asphalt.