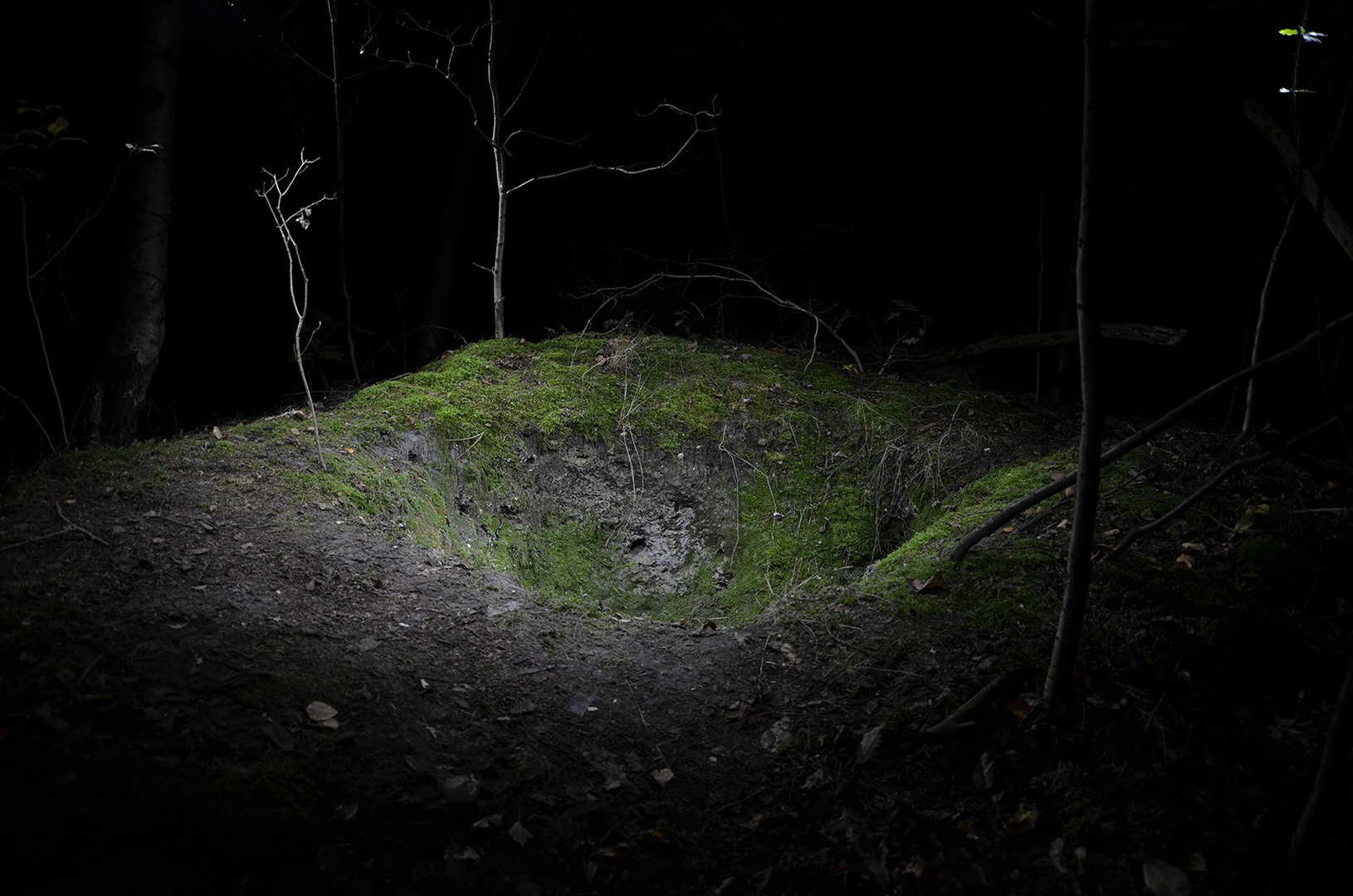 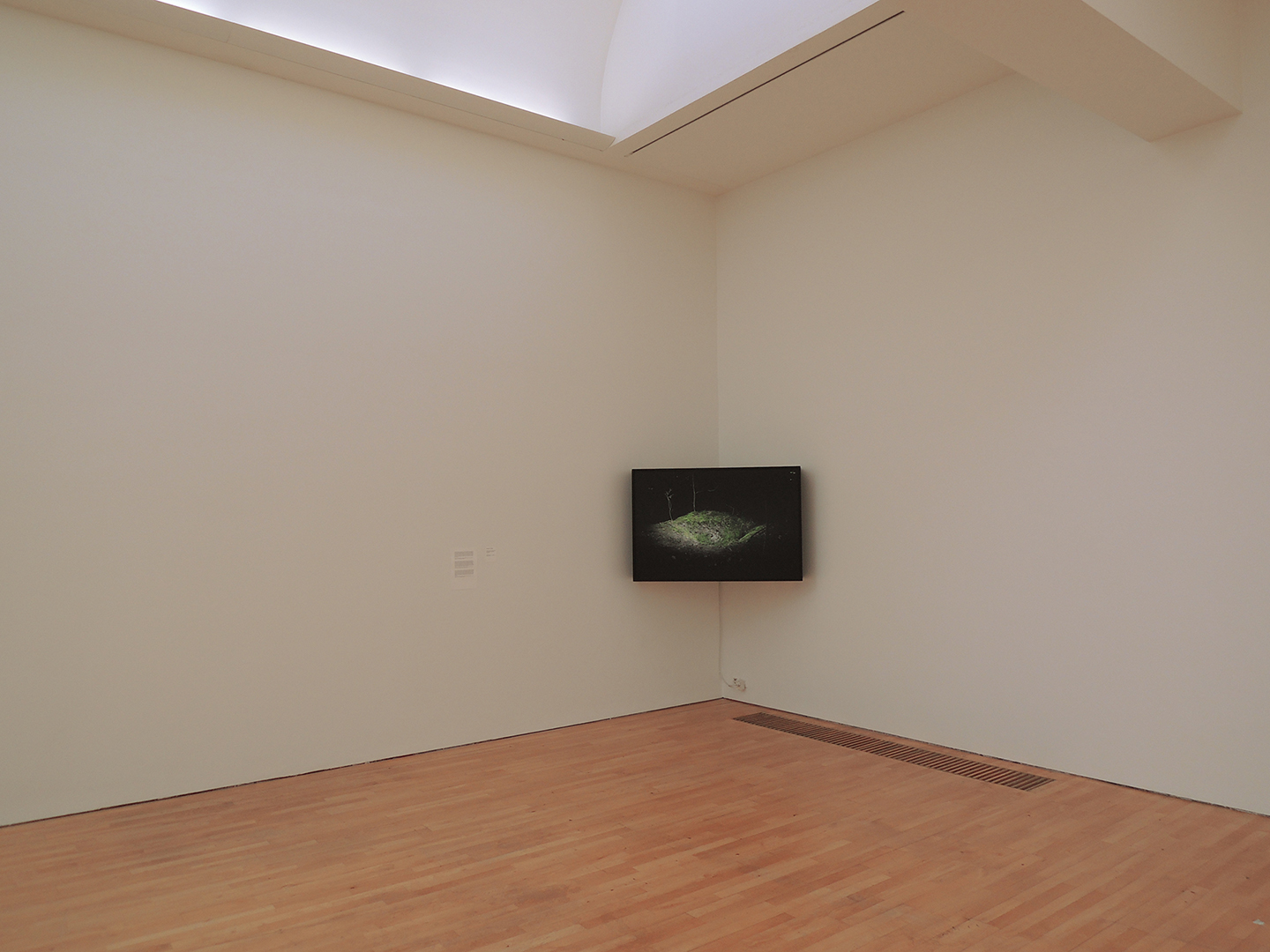 Whilst walking in the forest surrounding my neighbourhood, I would often come across small mounds of a strange grey, very fine powder. After asking around about it I soon found out this powder was a residue, produced by burning coal in power plants, called fly ash.

I discovered that if you would dig random holes, most of the time you would find this substance.

“Residue” is a photograph taken of a pit I found in the forest, whose walls are lined with fly ash.
I detonated some small explosives in this pit and recorded the blast.

Afterwards, when the dust had settled I started taking pictures. One of these pictures was printed and placed in a light box, which is shown in combination with a modified version of the sound of the explosion and the background noises before and after the explosion.